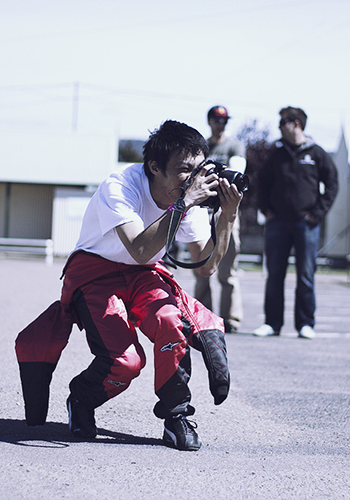 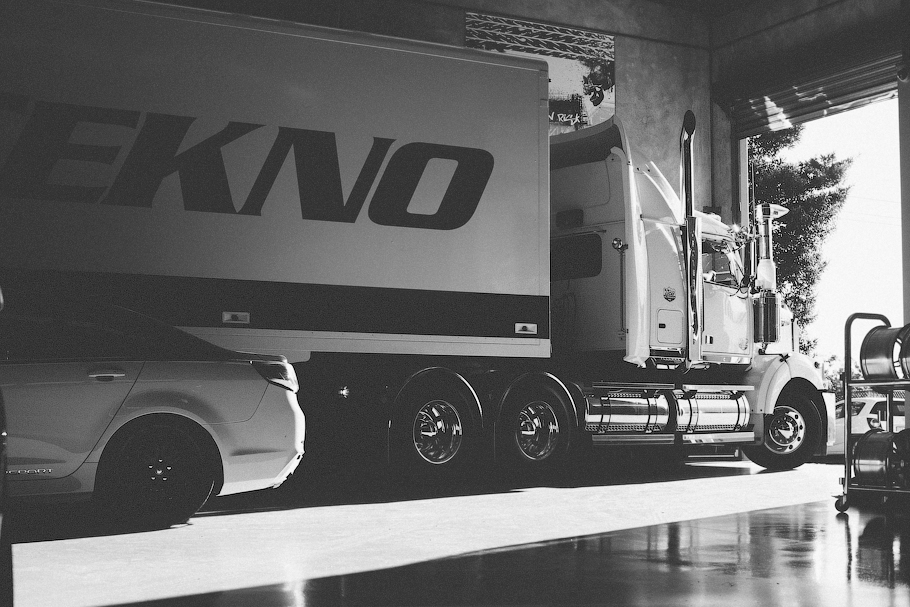 Some of you may or may not know that I look after the marketing and PR for the V8 Supercar squad Tekno Autosports and the beginning of 2015 I flew up to the Gold Coast to meet the team for the first time. Here are a few snaps I took on the day… 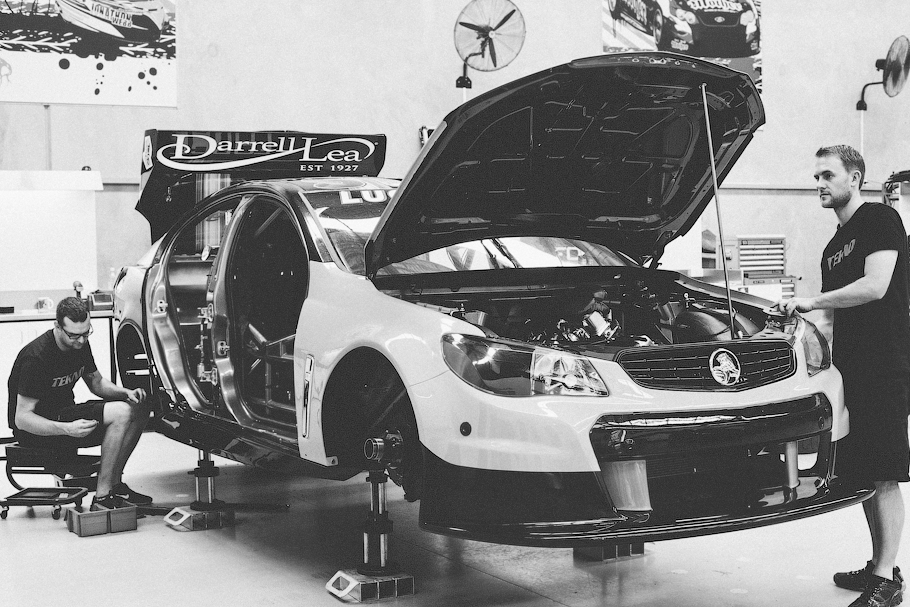 For those who aren’t too familiar with the V8 Supercars, the guys at TEKNO campaign a ‘Car of the Future’ spec VF Commodore V8 Supercar. Pictured above are mechanics Ben and Steve prepping car #97 for the Barbagallo round. Around this time I also ran into driver Shane van Gisbergen (current driver at the time) and Formula One veteran Steve Hallam. I was startruck! Big time. I had the pleasure of working with Steve Hallam during his time at Tekno until he recently relocated overseas for a new role with TRD USA. Having worked with names such as Senna, Räikkönen (my second favourite F1 driver after Ricciardo of course) and Häkkinen, he’s one of the most experienced but humble individuals in motorsport today. 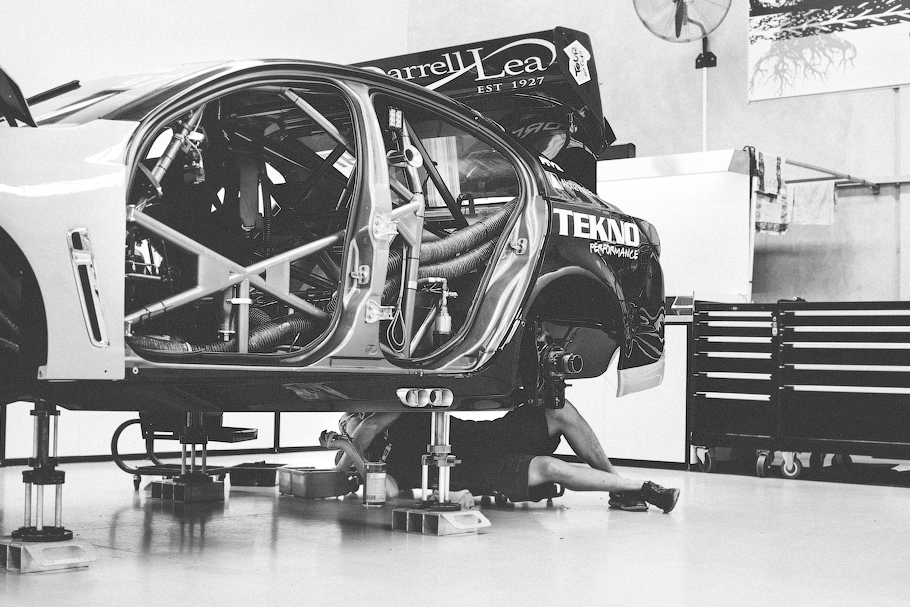 The chassis itself is actually a control unit made by a company called Pace Innovations. The dimensions are identical but different accredited vehicle builders can construct the cars. The Tekno car is built using the equipment from powerhouse team Triple 8 Engineering (who they also have a strong technical alliance with). While the teams are battling fiercely on the track the two teams actually share data, debrief together post-race and they even have breakfast and lunch together at the track.

On the inside you’ll notice it’s not as complex your modern GT or Formula One car. You have your gear lever which controls the Albins transaxle , anti-roll bar adjusters, brake bias lever, buttons for the radio, wipers, rain lights, you get the idea….

But when you sit back and just soak in it all in, the interior does look pretty bad ass! Do want that carbon-fibre Racetech seat for my S2000.

Under the hood is a 5L naturally aspirated V8 built by KRE Race Engines which pushes out over 600 brake horsepower with a rev limit of 7,500 rpm.

With the cars under huge stress in competition there is a strong focus on ducting and directing air to the right areas of the car. From the front you’ll notice a massive air duct to the motor and pictured above are the front brake ducts. The cars also have different sized blanking plates which they can switch in and out depending on track conditions or whether it’s a qualifying run to maximise speed and efficiency.

In terms of suspension, the rear is a control independent suspension with adjustable dampers. I can’t really show you much of the front wheel well area as this is where the secrets are kept. The front suspension is a double wishbone but this area is free for each team to interpret. In the stopping department the car uses 6-Piston (front) and 4-Piston (rear) AP Racing calipers, rotors and Project Mu pads.

Here’s one of the guys preparing the 2 piece rotors in the sub-assembly room.

Out the front is Mick, who drives the B-Double Transporter but he’s also in charge of all things to do with wheels and tyres, including tyre pressures/ temps and organising the right tyre types (Hards, Softs, Wets, Inters, etc) on race weekends.

The control rims are a 18×11″ forged aluminum and these actually get sent away for repairs more than you think with the amount of abuse they take on some of the street circuits like Clipsal and Surfers Paradise.

Spare headlights and the rear wing end plates. Not sure if I have a close up image of the entire rear wing but a fun fact is that they are worth around the $12,000 mark.

A quick look inside the B trailer of the transporter…

If you ever wonder what the front under tray of a V8 Supercar looked like. Here it is…

Nothing too interesting here but one thing I never noticed is that the guys actually apply a piece of vinyl over the fuel filler area during qualifying sessions to maximise aerodynamics.

Another bare shell sitting in the corner of the workshop which the guys actually ended up building and racing from the mid-season on wards.

And I still can’t believe it now. But fast forward 2 years… Tekno Autosports are the 2016 Bathurst 1000 winners!